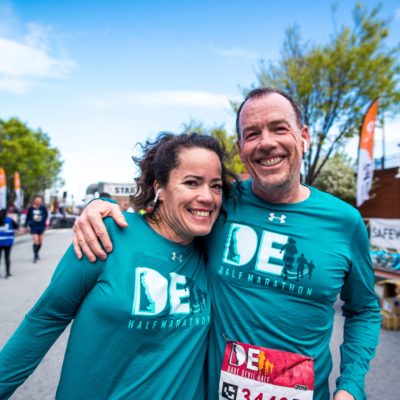 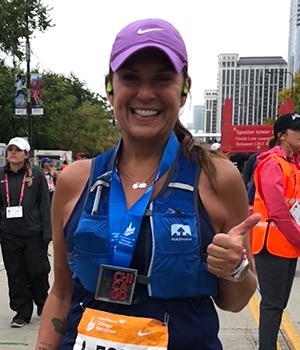 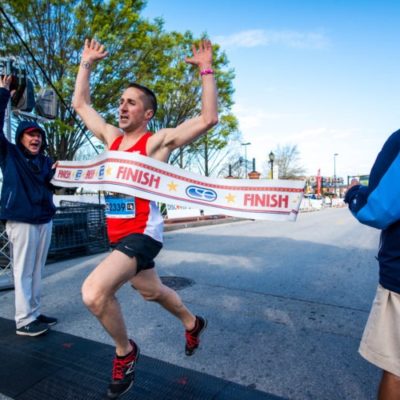 Once again in 2023, the 5K distance will be an official part of the festivities! The inclusion of this distance (along with the Kids Fun Run)  ensures that there is a race distance for participants of every ability!

You must be 5 years old to race in the 5K race.  Registrants must be able to complete the 3.1 mile course in 1 hour and 30 minutes.  Those under the age of 5 maybe able to participate and should request a waiver by contacting [email protected]

The 5k field will be limited to 500 participants.  Please register early.

Online registration will close close April 21, 2023 at 11:59pm or earlier if the field is filled. In-Person registration will be available at the expo if space remains. Please register early as we have sold out in the past.

Please take the time to confirm the accuracy of the registration information. Once registered, you may be able to view and edit your information HERE.

If we are forced to switch to a virtual event, all participants will have the choice to run virtually or defer their entry to 2024. All virtual runners will receive their medal and UA race shirt in the mail.

NO FAXED OR EMAILED ENTRIES |NO REFUNDS! |NO RACE TRANSFERS!

This is a new route for the 5k, completely in the city.  The route follows portions of the full and half marathon routes.  We are excited to offer this unique route to those who typically run 5k events in Wilmington.  The route is subject to change at any time.

Having the support of your friends during your training and race is priceless, but we decided to add an extra incentive! Regardless of when your teammates register, the entire group will get a $10 refund once your team reaches 10 or more members. The refund will go directly back to the card used to  pay for registration. PLUS there’s potential for teams to win extra benefits and deals!

💰 TEAMS OF 10 OR MORE CAN SAVE $10 PER TEAM MEMBER
🎪 TEAMS OF 40 OR MORE GET A TENT AT THE FINISH LINE
🎁 PRIZES FOR THINGS LIKE THE BIGGEST &  FESTIVE TEAMS
✨ INCREASE THE FUN BY RUNNING TOGETHER
🥇PICK ANY OR ALL THE RACE DISTANCES!

YOUR 2022 MEDAL AND INSPIRATION COIN

The Delaware Running Festival aims to celebrate your entire journey and those who help you get there.

A tradition that started in 2020 continues this year with finishers of the Delaware Running Festival receiving a medal that contains a removable Inspiration Coin.  Participants are encouraged to keep their medal for themselves and share the magnetic coin with some who inspired them along their Delaware RunFest journey. Who is your inspiration?  A training partner, a mentor, a friend or family member?  We know it takes a lot of commitment from you and your support group to get you to race day.

2023 MEDAL AND RACE PREMIUM WILL BE ANNOUNCED SOON More About the Inspiration Coin concept–  The idea behind the design was inspired by long time Corrigan Sports supporter Sid Busch.  Sid is Navy veteran and runs selflessly on behalf of fallen soldiers.  Sid presents the medal he earns to the soldier’s family. Challenge coins are a long honored military tradition that are shared and traded among units.   Our Delaware Medal melds these two concepts together.  The medal is the participant’s to keep and display proudly.  The Inspiration Coin is meant to be paid forward to a person or group who helped inspire the participant to achieve their life goals, such as running our race.

Overall Winners: Trophies will be awarded to the overall male and female champions as well as to the and the second and third place finishers.

Awards Ceremony: The awards ceremony will take place at the main stage in the center of Tubman Garrett Riverfront Park at 12:00pm. Only the overall winners from the full marathon, half marathon, 10k and 5k will be awarded at the ceremony. Age group awards will be mailed.

Age group awards will be mailed within a month after the event after finishing times have been verified.

NO DUPLICATION OF AWARDS